Prices are fixed for up to 4 persons. We do not provide additional passengers to fill up the 4 passenger quote.

Included:
Private photo guide
Transportation with comfort by an air-conditioned SUV.
Hotel Pick up and dropoff

Kerlingarfjoll and Hveravellir Highland Photo tour for all levels of photographers.

Come with us to see оur islands specialities: the geothermal areas and the color spectrum of the volcanic area in the uninhabitable highlands. Navigate through this mercurial land to reach a state of landscape photography bliss on the route Kjölur. In the land of the opposite forces, ice and fire, achieve a magical day true volcanic experience. Kjölur is a plateau in the Icelandic highlands between the glaciers Langjökull and Hofsjökull. It is at an altitude of about 600–700 metres. A gravel road known as Kjalvegur (F35) runs through the center of the area and connects the south coast to the north coast. This is the only road to Kerlingarfjoll and Hveravellir Highland Photo tour which makes the area more exclusive.

A friend of mine said “Iceland defies categorisation. It’s neither bucolic nor Utopian; neither hostile nor placid; and neither entirely frozen nor oppressively warm. Iceland is nothing if not alive. It’s a living, changing landscape that breathes through its volcanoes and bubbles through its geysers. And when things go south, looks cheerfully at you with its lush pastures and gushing waterfalls.” 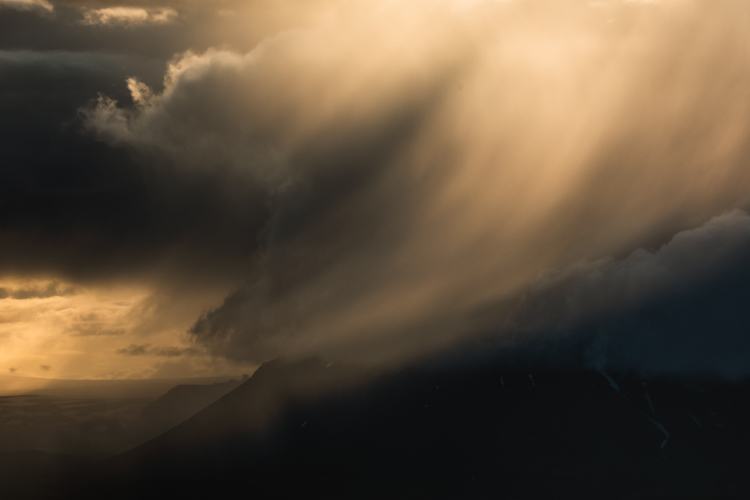 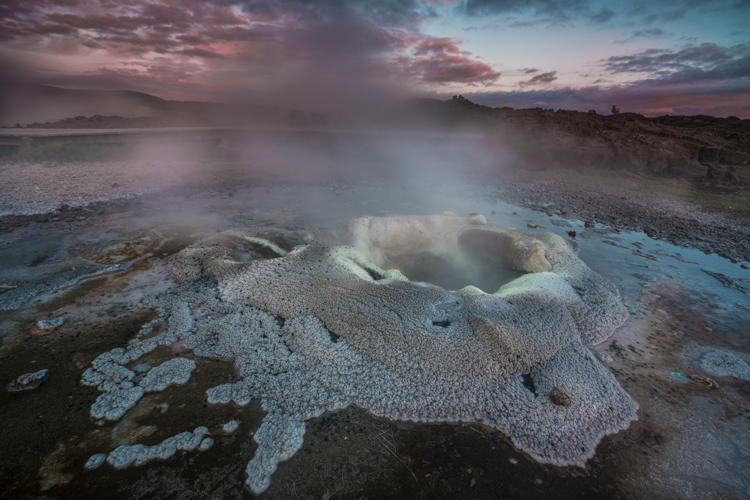 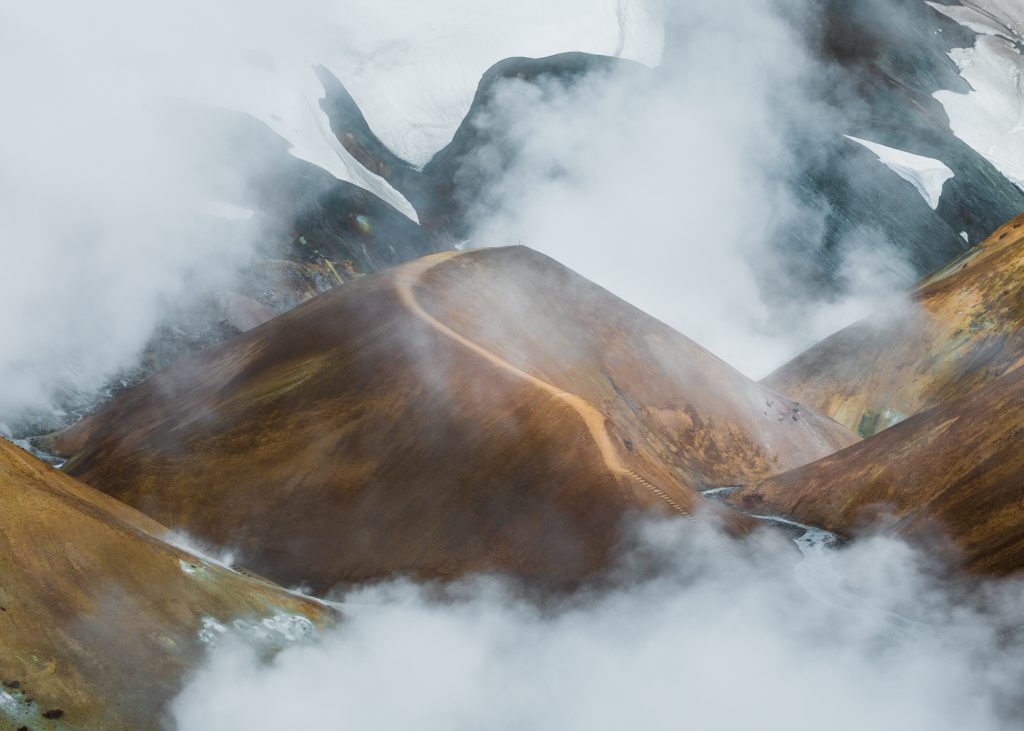 This exactly we will show you in Kerlingarfjoll and Hveravellir Highland Photo tour, how the cold wind meets the mountains colored by extreme temperatures and minerals. Mountains above ground left as monuments of the heat and power lurking underneath your feet. The volcanic origin of Kerlingarfjöll is evidenced by the numerous hot springs and rivulets in the area, as well as red volcanic rhyolite stone.

Minerals that have emerged from the hot springs also color the ground yellow, red and green. Kerlingarfjöll is a mountain range, 1.477 m tall, situated in the Highlands of Iceland. They are a part of a large volcano system (100 square km) that was formed when lava erupted through a thick glacier. Giving them a specific formation, flat-topped, steep-sided, often known as Tuya. Tuya are somewhat rare worldwide, being confined to regions which were covered by glaciers and had active volcanism during the same period.

This area is the perfect location for great photographs. You´ll travel through a dark and gloomy highland route to arrive in this bright, colorful haven which has a unique glow in the Icelandic midnight sun.

Hveravellir is one of the largest geothermal areas in Iceland. It truly is an oasis in the Icelandic highlands and on of our stops in Kerlingarfjoll and Hveravellir Highland Photo tour

It´s called the “hub” of the Kjolur route for a reason. Hveravellir is a geothermal area of fumaroles, and multicoloured hot pools and there´s even one you can relax in. As much a natural phenomenon as a historical place, here you´ll find the hidden dwellings of a notorious Icelandic outlaw from the 18 th century. 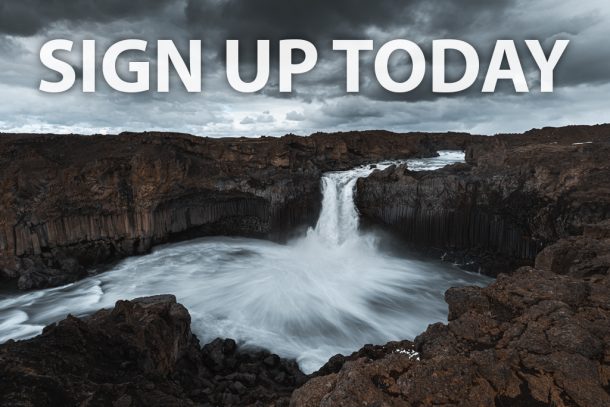